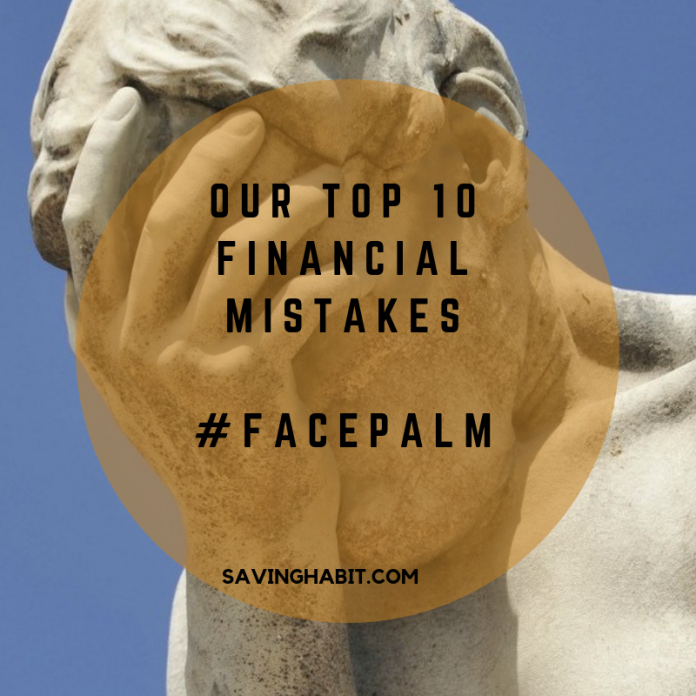 We believe mistakes are the stepping stones to wisdom. So we try not to mull over too much over our past mistakes, however we try not to repeat them. We also believe it is even better to learn from the mistakes of others. So with that intent in this blog post we are sharing with you our top financial mistakes.

Experience is simply the name we give our mistakes. – Oscar Wilde

MISTAKE NO.10: KEPT A LOT OF MONEY IN SAVINGS ACCOUNT

Both of us are guilty of starting our personal finance journey late. We both were focused on making more money than to save and invest it.  In early years of our career we both kept substantial amounts of money in savings account rather then investing it towards a future goal. Funny part is we even did not put it in FDs.

MISTAKE NO. 9: INVESTED IN ULIPs FOR TAX SAVINGS

Sugandha: Once I reached 30% tax bracket, someone suggested ULIP as a tax saving and investment instrument. Without thinking much I invested in 4 different ULIPs with lock-in of 3-5 years. Later on when I evaluated my portfolio holistically I realised all four ULIPs put together were offering me low life cover as well as low return on my investments.

I ended up discontinuing two out of 4 ULIPs and lost 60K that I had already paid in the instalments.

MISTAKE NO. 8: NOT TAKING LIFE INSURANCE/CREDIT CARD BEFORE QUITTING MY JOB

Naren: I moved back to India to start my own business. A year and a half later, just after getting married I applied for life insurance but my application was denied. Turns out life insurance is given only based on multiples of current income (15x, 25x etc)  since the rest of the assets are assumed to go to the nominee anyway. My business income was not even a fraction of my old salary at that stage and so I did not get a decent life cover. I had to wait for 3 years for my business income to increase before qualifying for life insurance by which time the premium had increased a lot due to my age.

Similarly my wife had a credit card she had acquired while still at her job so she had a decent credit limit based on her past salary which we could use for emergencies.

My advice to anyone quitting after FIRE or before is to make sure to leverage your job salary to sort out issues like life insurance, credit cards etc. which depend on “current income” to qualify.

MISTAKE NO. 7: GOT MULTIPLE CREDIT CARDS RIGHT OUT OF COLLEGE 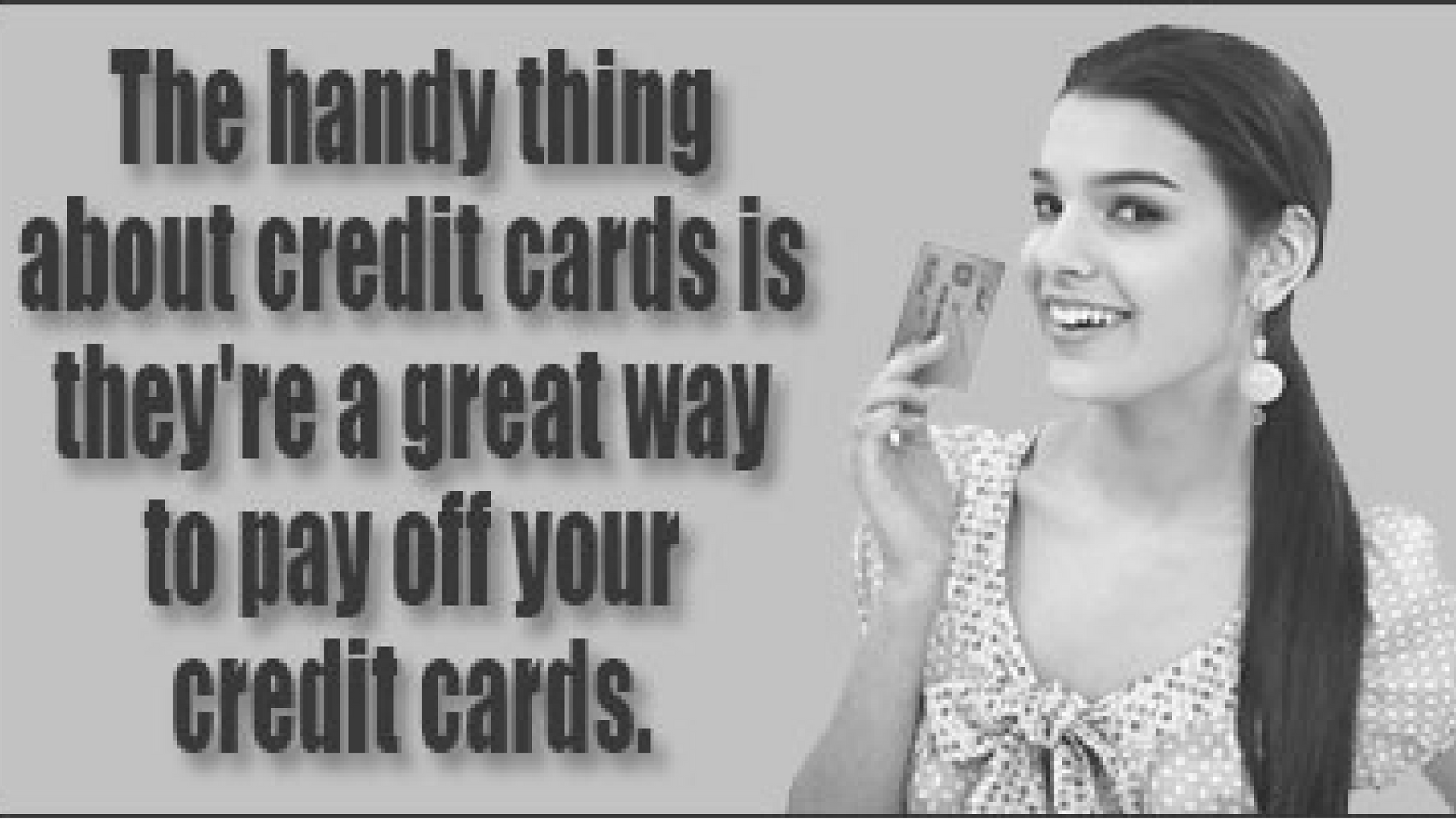 Naren: When I went to the U.S for my post-graduation,  I found credit card companies had set up stalls right on the college campus to give credit cards to students like us with no credit history.  Best of all they gave it away for 0% interest rate for the first year or two. Our seniors warned us to be disciplined about paying off the bill every month. Boy! how I wish I had listened. With a low salary at my first job and a student loan to pay off, I started racking up credit card debt for discretionary expenses. Once the 0% interest rate offer ended, I would “roll-over” the debt from the first card into another card offering 0% interest rate for another year kicking the can down the road. At one point I probably had 10 different credit cards! Finally the music stopped and I was under a lot of credit card debt which took me years to pay off. I get shivers just remembering how stupid I was. Today I have only 1 credit card which I pay off in full every month no matter how big the amount 🙂

MISTAKE NO. 6: DID NOT PAY OFF MY EDUCATION LOAN PROMPTLY 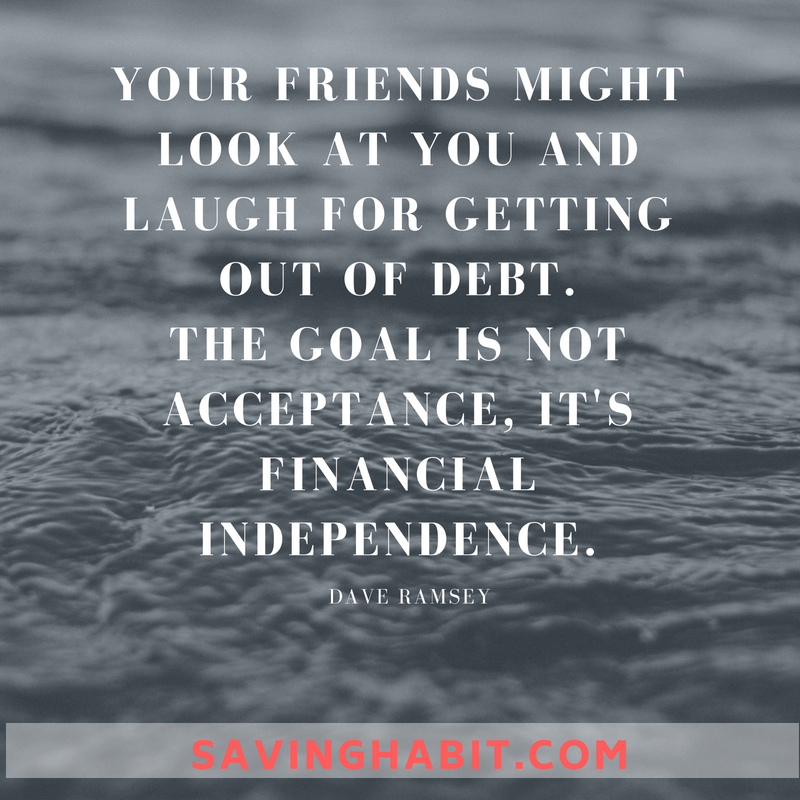 Naren: While I was enjoying my initial years after college fuelled by my credit card spending, I got a call from my Father one day asking “When do you plan to start repaying your student loan? Our house is on collateral with the bank and we’ll get it back only if you finish paying off the loan. My monthly pension amount is being deducted towards your education loan interest”. That was a wake-up call.

Turns out I was not even aware that you need to start repaying the loan six months after getting a job. Meanwhile interest was compounding on the student loan. My already retired parents had been  paying the interest while I was in college so I would not be burdened with a big loan amount upon graduation. But now that I had a job they wanted to get back both their pension and house given as collateral to the bank.

That phone call from my Father was a big turning point in my financial life as I started to cut down expenses drastically to pay down both my student loan and credit card debt. I sold my car, moved closer to work, started using public transport, downsized from renting an apartment to sharing a house with 4 room-mates, started cooking at home etc to finish paying off my education loan within the next 3 years. Soon after I paid off my student loan and credit card debt, I felt free to quit my corporate job and take the risk of joining a startup.

MISTAKE NO. 5: NOT BUILDING AN EMERGENCY FUND AND STRESSING ABOUT JOB LOSS

Naren: Since I was drowning in debt that required a constant pay-check to service, I was constantly afraid of losing my job. I was sure that if there was a layoff I would be the first to be axed. Looking back I’m surprised at myself because I was always an above-average performer. So this fear of job loss was just blind fear based on office gossip.

The right thing to do would have been to put in a safety net to address the legitimate possibility of job loss. Simply saving up 6 months to 1 year of expenses as safety net would have dispelled this fear since I could always find another job in 6 months or 1 year max. But because I had so much debt, I did not have any savings left to build a safety net. Because I was always fearful of losing my job, I did not take even basic professional risks that would have increased my salary. A classic case of financial mistakes causing one to dig a hole and bury one’s career. Yikes! just shows how financial mistakes also have a ripple effect on other parts of your life.

MISTAKE NO. 4: WITHDRAWING MONEY DURING MARKET CRASH WITHOUT UNDERSTANDING INVESTING

Naren: Year 2008. The financial crisis reduced my IRA (U.S version of India’s P.F) to 50% of its value overnight. I had just started working at a startup and had no emergency fund other than my retirement fund.  Driven by my usual fear of job loss,  I withdrew the entire amount from the stock market and left it sitting as cash in my retirement account  for the next 3-4 years.

I did not even listen to the advice of my street-smart best friend who advised me to counter-intuitively invest more money in the market since everything was so cheap. The market not only recovered in those 3-4 years I was sitting on the sidelines but went on to become a bull run. This meant that my retirement corpus lost all that compounding and earning potential.

Irony was my 1st corporate job was in Wall Street but I never understood personal finance in my own life! Instead I aggressively invested savings from my salary to buy an apartment in India. That did not turn out well as I’ve written in detail previously 🙂

MISTAKE NO. 3: DID NOT START GOAL-BASED PLANNING TILL IN OUR 30s

We both spent 10 years of our career earning without clear financial goals in our mind. The most we thought of was the expenses we had to incur in the current year. This led to lot of wastage on discretionary spending- clothes, eating out, partying etc.. and poor investment choices.

Once we started Goal-based planning we realised how amazing it is to put a clear goal towards our desires and dreams. Goal-based Financial planning helped us prioritise what is most important to us and how we can secure that first. Once we started prioritising, the things we thought were impossible became possible (such as achieving FIRE) . It also helped us eliminate things which do not fit into our lifestyle and simplified our life. 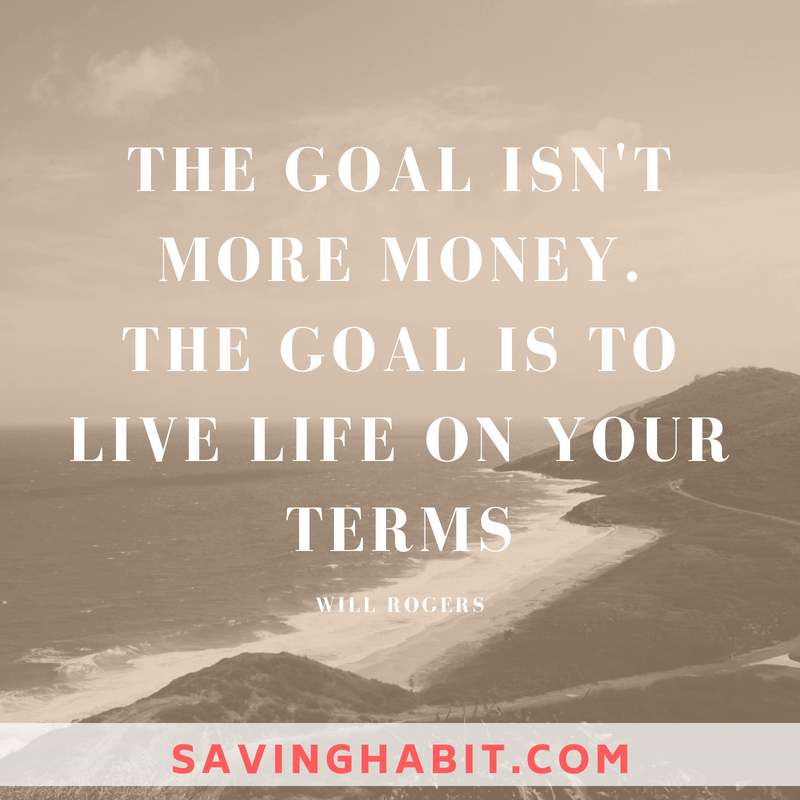 MISTAKE NO. 2: BELIEVING A START-UP WILL MAKE ME RICH

Naren: One of the reasons why I had such poor financial habits was because I was bitten by the startup bug since college. I thought that one “win” from a startup would be enough to “set me for life” and I could retire early.

So I did not believe in saving steadily via SIP and letting it compound over time. Compounding happens so silently for the first 10-15 years that people with short-term focus will not understand it because its true power explodes only after 15-20 years. There was a lot of glamour associated with working at a startup because of this “lottery potential” even though there wasn’t the usual career progression or high corporate salaries/perks.

In my case, we did not win the lottery. In retrospect, I picked up a lot of valuable skills that helped me start my own business. The salary from the startup helped me buy an apartment without taking a loan. I made connections who went on to become my business advisors/partners. Did it make me rich? No. But did it make me wealthy in experience? Yes.

Simply reading all the above mistakes makes us groan in horror & facepalm. We are amazed that we even have savings haha 😉 Even after making all these mistakes we are on track to retire early by 45.

Now imagine someone who does not make these mistakes: they can easily retire early by age 35 if they wanted.

Did you make mistakes you can’t get over? share them with us in the comments.